Can Cyrpto Monetary Assets Be A Subject Of Execution Proceedings 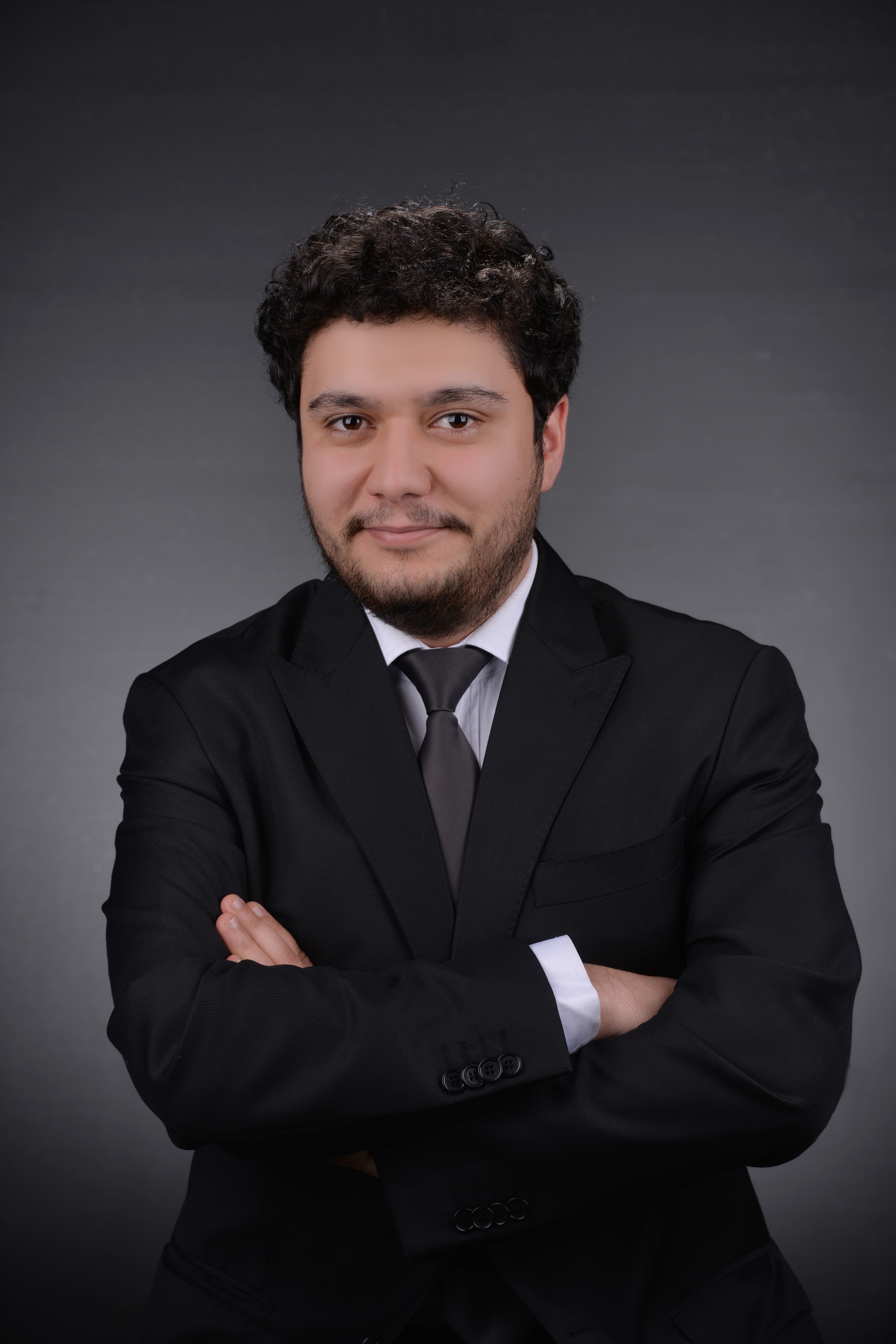 Money is one of the most common instruments that is permitted for the purchase of goods and services, fulfilling any acts and specifying the residual value. A symbol of the residual value became necessary in exchange by increasing the residual value’s accumulation in history and with the needs between the civilization the invention of money has become inevitable with internal and external pressures. Money was substituted as a symbol of the residual value in history. In this context, during history, money’s circulation was established with unique values (gold, silver, bronze). While money’s circulation was increasing in the world, money changed its shape with a common agreed symbol’s invention. In this context, money was regulated as commodity money, representative money, bank money, and electronic money in general.

Eventually, in 1974, money’s character changed as a result of different perspectives related to the residual value sharing between the Soviet economic regime and the liberal economic point of view. If we try to explain without misconception, with the Bretton Woods agreement, money was an indicator instrument of the amount of gold that every country’s central bank had, then in 1970, IMF (International Monetary Fund) end the causality between gold and money, and destroy the indicator character of money, then money became to use as circulation instrument that independent from the sender. This situation caused money to become more liquid and a commodity that can circulate and the ability of money to be an indicator tool has been taken away, thus strengthening the representation of the social added value of the most accepted currencies.

Within this scope, it’s clear that long back ago, the whole country’s money that was accepted in circulation is processed like cryptocurrency, due to the fact that it removes the causality between gold and money. In accordance with the definition of the European Central Bank, virtual money is unregulated digital money that is controlled by self-improvement and accepted within virtual communities. [1]

Virtual money has digital construction, and they do not have any physical equivalents. In this context, two basic differences between the circulation of country money and cryptocurrency are whether it is subject to state regulation and whether the developers are official or not.

Cryptocurrency is a digital asset that is designed to be a change intermediary that can create and transfer with various password methods. Cryptocurrencies are a kind of digital, alternative, and virtual currencies. Every cryptocurrency’s decentralized control works with a block chain system that creates a database and processes like a spread ledger.[2] Cryptocurrencies can be used by users with a virtual wallet and can also be used by creating an account on intermediary platforms. In virtual wallets, there are open keys and secret keys. Open keys are publicly visible and used to perform transactions. Secret keys that are personal, such as a key or a bank card password, should not be shared with anyone. The secret key ensures that transactions are authorized by the wallet owner.

The information of non-custodial wallets is stored by the wallet owner, and this responsibility for security lies with the wallet owner. In this case, when the intermediary platform has a systemic problem the assets in the wallet won’t be at risk. However, if the wallet owner loses or forgets the wallet information, then it is almost impossible to access the assets in the wallet. Custodial wallets which are usually serviced by most cryptocurrency platforms are wallets where information is stored and secured by the intermediary. In this case, if the intermediary platform experiences a systemic problem, customers' assets in the wallet will be at risk and if the company enters bankruptcy proceedings, these assets may be subject to bankruptcy proceedings. However, as it will be useful to explain, in a similar situation, a role in the circulation of a state currency, the state guarantees a certain amount in the event of a bank failure. Before examining the subject matter of cryptocurrencies to execution proceedings, we must first discuss the legal nature of these assets and mention the disputes.

There are certain remarks on whether cryptocurrencies are property, security, or money. According to the property assessment, the property is an object that the individual possession can be provided over, has economic value, and does not fall within the scope of personality values that can be defined as assets. The corporeal existence of property is important for having possession over that thing.[3]  Because cryptocurrencies do not have a physical counterpart; crypto money is not eligible for possession. For this reason, characterizing these assets as property won’t be true. Nevertheless, there are some remarks that property provisions can be applied due to their presence in commercial life and use as an investment instrument.

According to the security assessment, in former Capital Markets Law No. 2499 under Art. 3/b securities are defined as; “…Commercial papers that provide partnership or credibility, represent a certain amount, are used as investment instruments, generate periodic income, have fungible nature, are issued in series, have identical phrases, and which conditions are determined by the Board…”. In the new Capital Markets Law No. 6362 under Article 3/1-o securities are regulated as; “Securities are about: Excluding money, checks, policies, and bonds; 1) Shares, other securities similar to shares and other securities depositary receipts for shares, 2) Debt instruments or securitized assets and income-based debt securities and depositary receipts related to such securities...”. Based on the aforementioned definitions, the characteristics of securities can be stated as; providing partnerships and the right to claim, representing a certain amount of money, being used as an investment instrument to generate income, periodically generating income i.e., having identical phrases, being issued in series, having fungible nature and being commercial papers. However, cryptocurrencies do not give the purchaser the right to partnership or credit, and it is also not possible to say that they represent a certain amount of money. After all, cryptocurrencies do not have a constant value and also their costs/ values can change in accordance with market conditions. Moreover, cryptocurrencies do not have the feature of generating income periodically. Therefore, it is not possible to consider cryptocurrencies as securities within the scope of definition in Law No. 2499. [4]

According to the monetary assessment, cryptocurrency is a medium of exchange, which is similar to coins. Although it is similar, it is not yet used as a medium of exchange like money in our country. Even if cryptocurrencies consider electronic currency, electronic currencies are a virtual form of circulating coins issued through institutions authorized by a central authority. However, cryptocurrencies can be presented by everyone and controlled by the virtual communities that own them. It is not subject to any central authority or legal supervision. Thus, as mentioned in Regulation on the Non-Use of Crypto Assets in Payments Article 3/1 “In the application of this Regulation, a crypto asset is an intangible asset that distributed ledger technology or a similar created virtually using technology and distributed over digital networks, but that is not qualified as money, dematerialized money, electronic money, payment instruments, securities, or other capital market instruments”, is stated that cryptocurrencies are not credit, bank, electronic money, securities, payment instruments, and capital market instruments.

In the event of confiscation, for the assets in the debtor's virtual wallet to be subject to confiscation, it should be evaluated whether there is a legal connection between the debtor and the assets owned by the debtor. There is a link through the password of the wallet between the cryptocurrency and the wallet owner. The wallet owner can use this password to dispose of the cryptocurrency but there is no qualified legal connection between it and the asset in the wallet.

In files subject to execution proceedings, banks may be authorized to provide by sending a notice of attachment, if available, the debtor's money or assets can be confiscated for monetary value. However, for cryptocurrency assets, there is no similar technical infrastructure, and no legal basis has been established. For this reason, confiscation of the money does not seem to be de facto possible except in the case of the debtor who keeps the cryptocurrency in its personal electronic wallet sharing information about the existence of a cryptocurrency with the execution office.[5]

If the debtor's crypto money is in the intermediary company account, the enforcement directorate of the company, which is a third party pursuant to the Bankruptcy and Enforcement Law Article 89/1 an attachment notice must be sent to it, is obliged to provide information about those accounts created with personal information.

Since cryptocurrencies are not counted among the property that cannot be confiscated under the law and the general rule is that a property within the scope of the debtor's assets can be confiscated in the event of confiscation if there is no contrary regulation, in the event of confiscation, it must be converted into Turkish lira and can be paid to the creditor. However, according to Turanboy, who is of the opposite opinion in the doctrine, states that some basic cautions such as confiscation cannot be applied to crypto money and that crypto money, whose ownership is unknown and there is no authority behind them, cannot be subject to any other protection such as the protection of the capital market or deposits.[6]

Cryptocurrency assets still have no legal status in Turkish law and in many legal systems today. Especially strict cautions and prohibitions are applied in terms of tax and criminal law. However, these assets are increasingly being used as investment and payment instruments. For this reason, legislative regulations should be made on cryptocurrency assets, their legal status should be determined, in the confiscation process the potential of the debtor’s evading property from creditors through these platforms should be considered and losses because of the lack of state security must be prevented.

[3] For detailed definitions and doctrinal opinions in this direction, see: BALIKÇI, Dava ve Takip Konusu Olabilmesi Bakımından Kripto Paralar (Cryptocurrencies in Terms of Being Subject to Litigation and Prosecution), p. 283.

Leave your e-mail address to stay updated about our news and publications.

Cookies are used in our web site and mobile application. We request you tolook in to Cookie Clarification Text to obtain detailed information aboutthe cookies.Please click on the option 'I Accept' if you allow the use of cookies for thepurposes of analyzing your use of our web site and mobile application,providing social media features and customizing the content andadvertisements.